With over 189 million pounds of pesticides, herbicides and insecticides applied to farm fields in the state, our most vulnerable population, children are facing huge health risks. How can anyone have a morally defensible position to continue these practices? Napa is #1 in childhood cancer rates and Sonoma is #3. According to the California Dept. of Pesticide Regulation (cdpr.ca.gov), over 2, 211,222 (that’s millions) pounds of chemicals were applied to Sonoma County vineyards alone.  Cancer linked glyphosate rates of application were over 86,000 pounds in 2014 for Sonoma.

Sebastopol, California – A new report released today spotlights pesticides used in the food system including in Sonoma County and the harmful effects they are having on the nation’s children. In particular, the report finds that those children living or attending school near agricultural fields — in California, particularly Latino children — face some of the greatest risk of exposure from pesticides linked to cancers and the developing brain.

Kids on the Frontline provides a rigorous assessment of dozens of independent studies, reviewed by leading academic experts in the field. The report finds that the research has grown increasingly strong surrounding the links between pesticides used in food production and cancers—particularly leukemia and brain tumors— as well as the risk of developmental disorders or delays, including autism spectrum disorders.

“Children in agricultural communities are on the frontline of exposure to pesticides that don’t respect boundaries,” said Emily Marquez, PhD, an endocrinologist and staff scientist at PAN, as well as one of the authors of the report. “Pesticides linked to cancer and neurological harm travel through air, water and dust and end up in homes and schools, and eventually in children’s bodies.”

The challenges children face are part of what leading researchers have termed a “silent pandemic” of diseases driven by environmental factors, including pesticides. Rates of childhood leukemia and brain tumors have risen forty-plus percent in the last fifty years and one in every six U.S. children are now diagnosed with one or more developmental disabilities.

“As science reveals a clearer link between pesticide exposure and incidence of cancer and other health issues in children, any plan that minimizes exposure to pesticides would be beneficial,” said Gary McCalla, MD, a Sonoma County medical professional. “Not using pesticides can be considered an important step to protecting our community from cancer risk.”

One UC Davis study of more than 1,600 children in California’s Central Valley found that women who lived within a mile of agricultural fields where organophosphate insecticides were applied during pregnancy had a 60 percent increased risk of having children with autism spectrum disorder. Similarly, UC Berkeley researchers found that when a mother is exposed to increasing amounts of these pesticides during pregnancy, the risk of her child being diagnosed with ADHD or autism increases as well.

Children’s developing bodies take in more of everything and pesticides can have a more profound impact during critical windows of development. Relative to their size, kids eat, breathe and drink much more than adults. An infant takes in about 15 times more water than an adult per pound of body weight, and up to age 12, a child inhales roughly twice as much air.

Many of the poorest zip codes and counties in California, by median income, are agricultural and majority Latino. According to a 2014 report by the California Department of Public Health, Latino children in agricultural counties are nearly twice as likely as their white counterparts to attend school in close proximity to hazardous pesticide use.

In the last year on record (2014), 189 million pounds of pesticides were applied in California. The top California crops in terms of overall volume of pesticides applied are grapes (both wine and table), almonds and strawberries. By contrast, the top crops with the most intense pesticide applications (pounds/acre) are raspberries, sweet potatoes and lemons. And more than 2.2 million pounds were applied in Sonoma County alone, including roughly 40,000 pounds of the carcinogenic fumigants chloropicrin and Telone. The vast majority (86{5fc40a96f14c4a6aa4c2a32569b0a57dcc67c0b31eb04c341474283f11b6cdd2}) are used for growing wine grapes.

Many pesticides applied in fields are difficult-to-control, including highly volatile gasses called fumigants that are injected into the soil. Others are still sprayed by planes or applied by air blasters pulled by tractors. And many of them are applied in close proximity to children at homes, schools, and sometimes tracked in homes on shoes or clothes. Children’s health advocates are calling on policymakers to respond to the increased information about the harms of pesticides by adopting greater protections as well as identify solutions to ensure farmers are supported in transitioning to more kid- and environmentally-friendly farming practices.

“Locally, grass-roots groups are looking for methods of farming and land management that will protect not only children but all life,” said Hilary Avalon of the Watertrough Children’s Alliance. “This work should be the top concern of government, not just environmentalists.” Padi Selwyn of Preserve Rural Sonoma County added, “With Sonoma and Napa Counties experiencing the highest childhood cancer rates in the state, we request that our officials take action NOW to protect the health and safety of our residents by banning the use of known cancer-causing chemicals and pesticides.”

Children’s health advocates are pressing for permanent one mile no-spray zones around schools, as well as additional restrictions on aerial, fumigation and air blaster applications — and better notification around proposed applications to parents and teachers.

“Today there is sufficient evidence to suspend any and all pesticide application near places where children congregate. There must be a safety cordon around all schools, hospitals, populated neighborhoods, community centers or other locations where children gather,” said H.R. Downs from the O.W.L Foundation.

Kids on the Frontline is a follow-up to the 2012 PAN report A Generation in Jeopardy. It is available here.

CPR is a statewide coalition of more than 190 organizations, founded in 1996 to fundamentally shift the way pesticides are used in California. CPR’s mission is to protect public health, improve environmental quality and expand a sustainable and just agriculture system by building a diverse movement across California to change statewide and local pesticide policies and practices.

PAN North America is one of five regional centers worldwide. We link local and international consumer, labor, health, environment and agriculture groups into an international citizens’ action network. Together, we challenge the global proliferation of pesticides, defend basic rights to health and environmental quality, and work to ensure the transition to a just and viable food system. 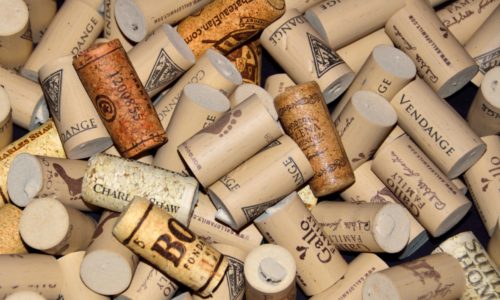 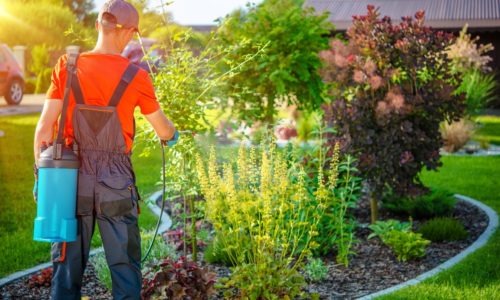